Some might say that Huyghe’s most obvious signature is the time-based element involved in each of his projects. From filmmaking to sculpture, Huyghe often creates ecosystems which he then shows as part of a larger exhibit. This exhibition format is something he has experimented with since the 90s, and with these life-systems he draws particular attention to what goes on after the doors close to the public. Outside of the traditional exhibition space, Huyghe works with nature in a larger sense. For the 2015 Istanbul Biennial, Abyssal Plain: Geometry of the Immortals saw the creation of a concrete theatre built around the existing rock of the sea bed. Invisible to the viewers, it is Huyghe’s intention for nature to completely take over the space in the coming years.

His film pieces are notably impressive, presenting lengthy hypnotic scenarios which draw the viewer in to question the limits of fact and fiction. In the film Human Mask (2014), presented as part of IN. BORDER. DEEP at Hauser + Wirth, we are asked to view a dystopic future, in this piece, forged in the wake of the nuclear tragedy at Fukushima. The identity of the main protagonist is at first questionable, girl or old lady, old lady or monkey, masked, though inviting empathy. There is an overwhelming feeling of sadness and thoughts of what could have been or what might be.

Pierre Huyghe is the recipient of several awards, most notably, in 2002, he was awarded the Hugo Boss Prize which resulted in a show at the Guggenheim in New York. Previous exhibitions include; Forest of Lines (2008), Sydney Opera House, Sydney, Australia, Pierre Huyghe (2013), Centre Georges Pompidou, Paris, France, IN. BORDER. DEEP (2014), Hauser & Wirth, London, England and The Roof Garden Commission: Pierre Huyghe (2015), The Metropolitan Museum of Art, New York. 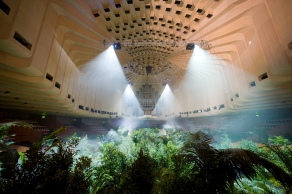 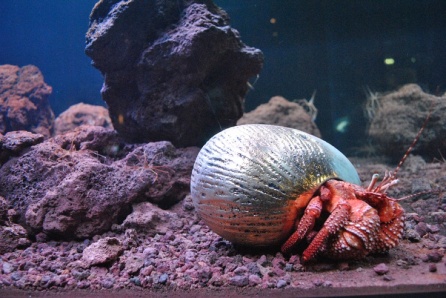 For the month of February, CtC will present a selection of Pierre Huyghe’s works on the Facebook and Twitter pages.