Inês Marques, Blend In (2016), IT IS PROBABLY BETTER TO START FROM ZERO #3.1, Image courtesy of the Artist.

IT IS PROBABLY BETTER TO START FROM ZERO is a long term curatorial and artistic project taking place in the Window Space, at the Cass Faculty of Art, Architecture and Design, London Metropolitan University from December 2015 to July 2016. The programme intends to highlight the unfixed position of both artistic and curatorial practices and to assume them as research-based activities, potential nexus for discussion, critique and production.

The third manifestation of the project happens through the practice of Inês Marques. Her practice is focused on language, culture and craft and how globalisation and new media have an impact in these social aspects. Blend In is her new individual design project, which is going to have its first public debut at the Window Space. The artist assumes a critical point of view over political and economical issues worldwide, which affect how nations are seen though their economical potential.

Image courtesy of the Courtauld Institute of Art

This event is part of an ongoing series of artists’ talks, in relation to the current exhibition Artificial Realities. Join the team for an open discussion with artists Chris Kenny, Alan Chandler, Paul Hawdon, Megan Geckler and Anastasia Brozler. Inspired by the works exhibited by these artists in Artifical Realities, they will be discussing the notions and parameters of what is real and what is unreal in relation to the artists’ works and practices. The panel will be chaired by one of the organisers of this year’s East Wing Biennial. 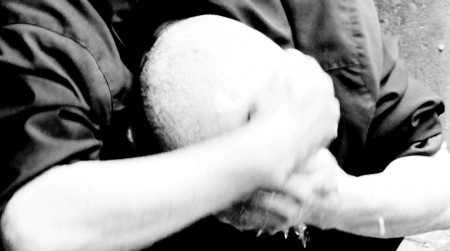 In the first live event of his Whitechapel Gallery residency, London-based artist and Writer in Residence Felix Melia mixes performance with video.

Titled The Height We Lose When Our Feet Pound The Pavement and The Height We Gain When We’re Lying In Bed Are Symptoms of One Another, the event continues Melia’s ongoing investigation into the relationship between corporeal and collective movement; self-presentation; and the preservation and destruction of the body within contemporary living spaces.

Italy was a vibrant centre of video art production and exhibition throughout the 1970s and 1980s. This early experimentation attracted artists from all over the world and laid the foundation for video art. Edited by Laura Leuzzi and Stephen Partridge, REWINDItalia: Early Video Art in Italy aims to bring the Italian seminal early video experimentation back into the international spotlight and provide a unique resource for research and study.

REWINDItalia: Early Video Art in Italy includes seminal essays, translated for the first time into English, plus newly commissioned texts by leading scholars and artists, and a wide selection of video stills and other images.

The birth of conceptual art has long been associated with the collapse of the gold standard in 1971. With one decision, the value of the dollar was no longer backed by the intrinsic value of a physical commodity, but instead became immaterial, opening financial markets up to greater speculation and volatility. At the same time, contemporary artists adopted similar tactics, distancing themselves from objects in order to avoid the forces of the market. Yet, these market forces are all-pervasive. With each downturn and recession, it has become ever more apparent that a handful of investment banks and corporations hold immense power over our everyday lives. Neoliberal Lulz brings together work by five artists who interrogate this relationship and respond by adopting corporate strategies to their own ends. 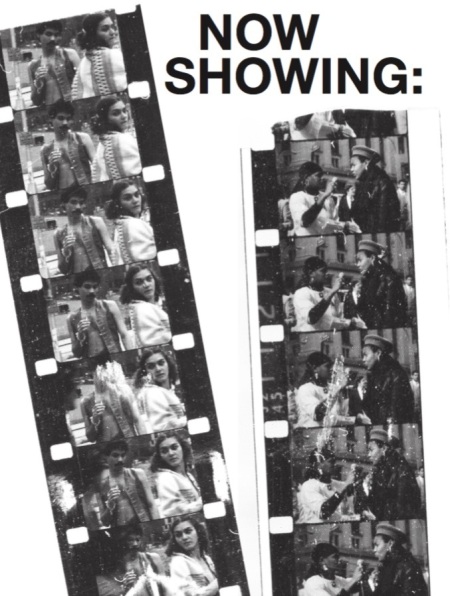 Image courtesy of The Showroom.

Now Showing intends to materialise relationships between contemporary artistic moving image practice and the feminist and organising legacies present in the Cinenova collection. The format of the series is that an artist filmmaker is invited to select a film from the Cinenova collection which they would like to screen alongside a work of theirs.

How does the written word shift and change within an image-led, cut-and-paste digital landscape of instant sharing? This event considers how technology enables new explorations of language, communication and interactivity.

Taking a break from our typical routine we’d like to highlight a number of exhibitions running concurrently with Electronic Super Highway (Whitechapel Gallery, London) making for an interesting comparison in institutional curatorial approach. During the duration of this month the UK will have three major exhibitions on digital art open; Big Bang Data (Somerset House, London), Electronic Super Highway (The Whitechapel Gallery, London), and Right Here Right Now (The Lowry, Manchester). While we have seen digital art within big institutional exhibitions before, these three shows are focused squarely on surveying the field of new media art.

Big Bang Data explores the issues surrounding the data-fication of our world through the work of artists, designers, journalists and visionaries. As the data explosion accelerates, we ask if we really understand our relationship with data, and explore the meaning and implications of data for our future.

A major exhibition bringing together over 100 works to show the impact of computer and Internet technologies on artists from the mid-1960s to the present day. 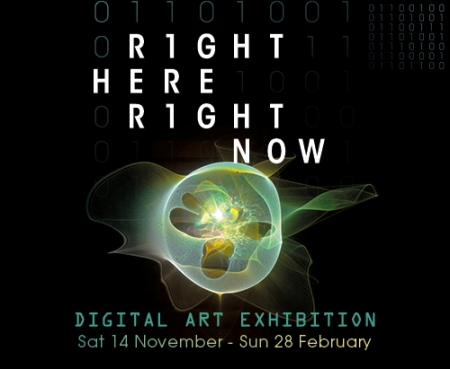