You have the opportunity to visit at the London Science Museum, Cosmonauts, birth of the space age, which will be on display until 13th March 2016.

In this exhibition, you can see some of the astronauts’ space suits, original landers, pictures of the space era and many other interesting objects and memorabilia. Throughout the exhibition you can see how much space technology has evolved in the past 60 years. 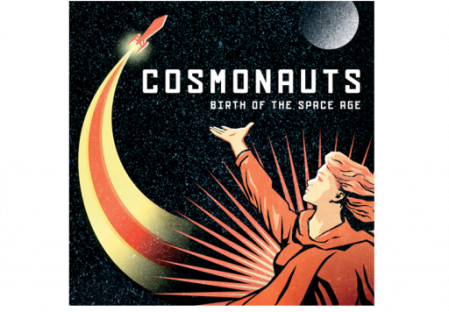 Mankind’s obsession with travelling to the Moon started a long time ago, Jules Verne wrote about it in his famous novel From the Earth to the Moon (1865), a dream that would come true almost exactly one hundred years later when, in 1969, Neil Armstrong became the first human being to set foot on the Moon.

What really triggered the race between the former USSR and the USA to become the first nation to send a man to the Moon was the Cold War. Back in the late 50s, USSR space technology was far ahead of the USA. Therefore, it wasn’t a surprise that the USSR were the first to send an artificial satellite into space on 4th October 1957.

After sending a dog named Laika into space, the first living creature to travel to outer space, and prove that it was safe to travel inside a spacecraft, it was only a matter of time before it was decided to take a step further in mankind’s everlasting dream of reaching the Moon.

In the USSR up to 3,000 people applied for the position of cosmonaut – most of them held a degree in physics, aeronautics or something related to that field – but only 20 candidates were successful in the final selection process and just one, Yuri Gagarin, would become the first man in space. 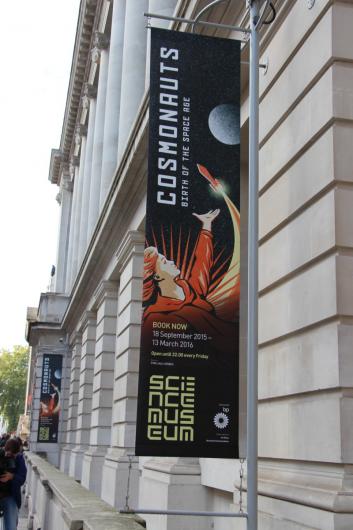 After this success, Gagarin became a celebrity in the USSR. He was so popular that his face was featured on mugs, posters, magazines and many other objects, some of which you can see at the exhibition.

While in Europe, Gagarin had the status of a celebrity and met very important people – he even had a private dinner at Buckingham Palace with Her Majesty Queen Elizabeth II – amongst the Americans, Gagarin’s success was just the evidence of their own failure.

But in 1961 John F. Kennedy was elected the 35th president of the USA and he solemnly committed in an unforgettable speech that before the end of the decade the nation should be able to safely send a human being to the Moon and back, and he took that challenge, quoting here his words, ‘not because it was easy but because it was hard’.

In the meantime, the USSR managed to send some successful expeditions into space and, in 1961, Valentina Tereshkova became the first woman to travel to space.

The foundation, back in 1958 by President Dwight D. Eisenhower, of the National Aeronautics and Space Administration, best known by the acronym NASA, was a milestone in the space race and  President Kennedy’s contribution to promote this space agency made it possible that, on 21st July 1969, Neil Armstrong landed on the Moon.

After this success, it became quite evident that the USA had finally won the space race, and it was officially closed in 1975 with the joint mission Apolo-Soyuz between the USA and the USSR.

Nowadays, thanks to all the advances and investigations made in space science, travelling to space is safer than it was back in the 60s, although it still is a hazardous enterprise.

Don’t miss the opportunity to visit this fantastic exhibition, currently on display at the London Science Museum. 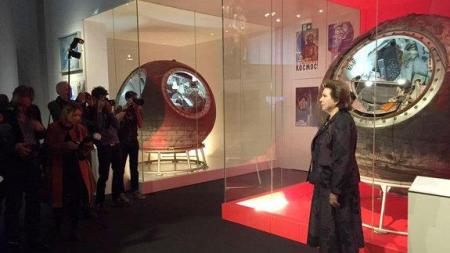 For more information, you can visit the museum website here

Lucía Vázquez lives and works in London. She holds a degree in Advertising and an MA in Creative Advertising, both issued in Spain. She has undertaken two screenwriting courses at Morley College in London. While studying advertising, she discovered her passion for writing which translated into her professional life: since 2014 she has written articles for the website ‘The State of the Arts’ where she write reviews on theatre plays, movies, books, art galleries and interviewa artists belonging to different artistic fields. Her love for storytelling led her to compile a collection of short stories into a children’s book entitled “Un Verano Mágico”(A magical summer) which was published in Spain and has been translated to English.