CtC’s Artist of the Month for March is Portuguese duo João Maria Gusmão (1979) + Pedro Paiva (1977). Since 2001 the Portuguese couple have collaborated together creating series of objects, installations, photographs and 16mm short films.

With an interest in probing the nature of reality and perspective Gusmão + Paiva’s most crucial work is found in their 16mm films and camera obscura works. These examinations trend through the material, animal or human behaviours, shot with a high-speed camera but projected in slow motion, revealing ordinarily imperceptible detail with ghostly effect.

Concerned with ‘analogue’ approaches and technologies, Gusmão + Paiva’s editing is done ‘in camera’, with many of their films containing numerous exposures layered over the same frame. This analogue feel is even further amplified by the duo’s mechanical soundscape that traditionally accompanies their films and installations – cementing further the abstraction of the remedial activities they examine.

Currently the pair is exhibiting at the Camden Arts Centre till the 29 March 2015.

For the month of March, CtC will present a selection of João Maria Gusmão + Pedro Paiva’s works on the Facebook and Twitter pages.

All images are courtesy of the artists. 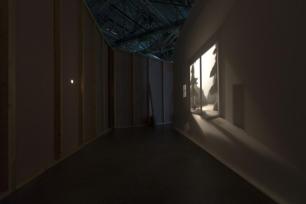