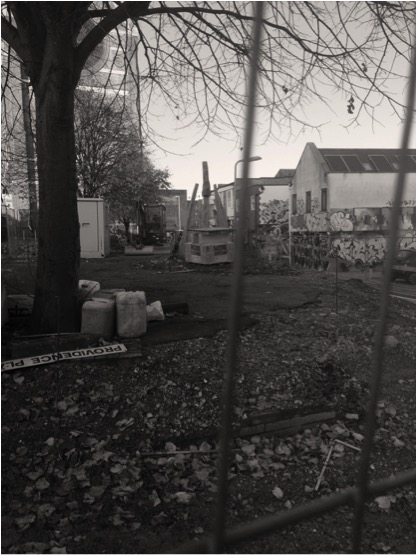 The street art of Brighton is central to the character of the city. This is what you find if you are a tourist to the area and walk through the Laines, or if you are a local and have a bit more of a detailed knowledge of its streets. As well as occupying the relics and abandoned buildings, some of the areas with the highest footfall are decorated with detailed landscapes, designs and tags. One road that I often walk through is a road parallel to London Road. London Road leads traffic in and out of Brighton, a poorer area of Brighton, it also is a diverse area, and ripe for redevelopment, it would seem. The street art here is frequently flamboyant and inventive. It’s also diverse in subject/type. In this article I’ll be giving an introduction to the street and its geography.

Unceremoniously covered over or repurposed, the street art has the past on show, but there is an unwritten understanding that the work will change. And it feels like there is also a competitive endeavour in replacing what was there before. It’s frequently flamboyant and inventive. On this fairly clear run of work the overpainting reminds me of churches in Toledo, Spain, where the remnants of mosques and synagogues lie entwined with the modern iconography of Christianity. There is therefore a sense of being unable to ignore the time that has passed. Here time is passing much quicker and week by week many images changes, there are works that remain, a symbolic nod to their superiority.

The area is under construction, and part of the street is due for demolition next year, its recently been secured, part panelled, part fenced, and where it can be covered in graffiti it has been. The impact of redevelopment will inevitably affect the street art, Likely the influence of new flats and buildings will reduce the graffiti in the area. 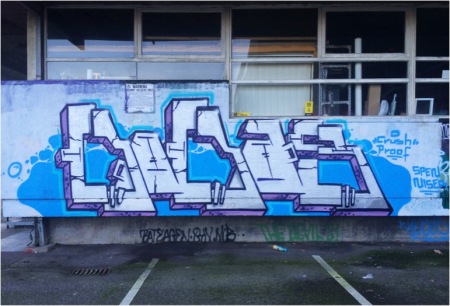 To a passerby the graffiti in this area feels like a valid addition to the bare walls and stark architecture which dwarves the area, those walls that are blank serve as a unwritten warning – council buildings or private property. Every other surface has the daub and of colour and image. 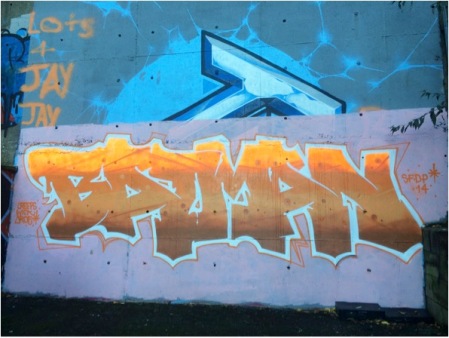 The array and scope of art is captivating. Whether its salutatory memorial images for the recently departed, political slogans or images of protest as well as the more standard tags decorated to a level of eye catching. Brighton and Hove council have a policy to remove political graffiti so these ones don’t last quite so long. The colours have a lasting vibrancy, and the size and scope that would dwarf Matengna’s Triumph of Caesar. In the most adventurous imaginings you get to feel like you’re inside a comic book, rich and giant spectacles, which seem to have no other comparator on the streets on Brighton. Whether its sun lit or the sodium yellow street lights, there is an effortless unexceptional breath taking quality to the images that are truly open to every member of the public.

The town has a rich cultural vein and this shows in the graffiti, but there are also records of visiting street artists. A quick google of their tags and you’ll find their other work; it’s an unlikely advertisement for a city break. And as a venue for display Brighton continues to increase in its appeal, it would seem. My next article will be looking at graffiti in and around the university. 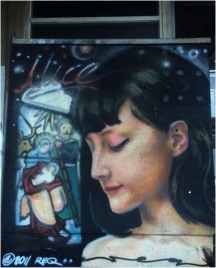 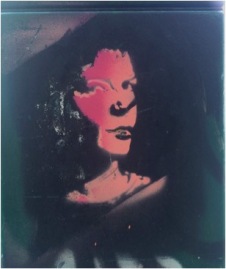 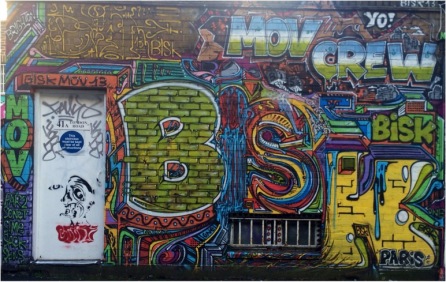 Born in Scotland and raised in London, Lou Clement now resides, works and studies on England’s South Coast in Brighton. Having read Human Biology at King’s College, London and done further study in Developmental Biology at postgraduate level at Sussex, she works full-time in research & academia. She has long been engaged in cultural and artistic studies, and is studying for a Creative Writing MA. She is currently involved in several projects as writer, poet, and artist working in collage.