‘‘Art is for Aesthetics what the birds are for Ornithology.’’ [1]

‘‘Aesthetics is for Art what Ornithology is for birds’’ [2]

‘‘Can aesthetic theory really tell us how is for art to be art? 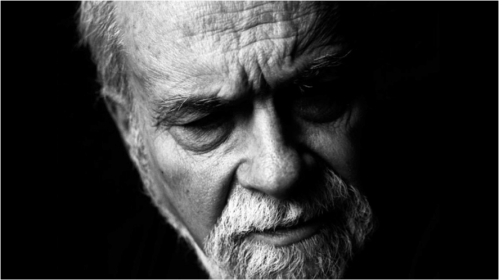 October 25, 2013. This night, New York was a little darker than usual. This night Arthur C. Danto died, one of the people who illuminated the understanding of the art produced in this city, in the second half of the twentieth century, and from there he applied these theories to the universe of contemporary art.

June 1964. Andy Warhol presented his Brillo Boxes work in an exhibition at the Stable Gallery in New York. It was a series of sculptures that look identical to the soapboxes designed by James Harvey, an artist from the abstract expressionism generation who designed the original product. After attending the exhibition, the philosopher questioned himself with a very specific question, but critical at the time: Can two apparently identical objects hold two separate purposes, one be art and the other not? To Danto, the answer is yes.

He argued that in contrast to Harvey´s product, Andy Warhol´s Brillo box belonged to the world of ideas. Here, the artist took the style of another creator and made it art regardless of its appearance, changing its definition. At this point, art and life were closer than ever before. This is what led Danto to say: ”Warhol’s Brillo box has contributed to the history of art awakening to self-consciousness”. [4]

However Danto’s success arrived after his expression ‘‘the end of art”, a statement which hides within much more than only this. Besides being a tribute to the term used by Hegel in ”Lectures on aesthetics”, the end to which Danto refers is only the end of a story based on the aesthetic concept of art, the end of the philosophical slavery of art. The great revolution of Danto was the proclamation of the philosophical emancipation for art. According to Danto, the art after the end of art, does not need aesthetics, which is an ad hoc philosophy for art, now we only need a philosophy, as only a correct philosophy will make us understand the art correctly.

Arthur C. Danto had been a fundamental intellectual for art history, who proposed that aesthetics would not be the philosophy for art anymore, but after him, aesthetics resurfaced as a philosophical discipline that was asleep for sometime.

Theorising about the death of art, he revived many attitudes. He was the first to study the art phenomenon as a conceptual process. The one who said that the ”art object” is meaningless by itself, unless it is through the sieve of philosophy, criticism and history. Arthur C. Danto opened the eyes for a new way of looking to a new art concept.