Brook Andrew (Sydney, 1970) is one of the most acknowledged contemporary artists from Australia in the world, and who has intentionally placed his country at the centre of a public inquiry. Tackling themes that span post-colonialism and the legacy of modernism, Andrew challenges the otherwise dominating (Western) voices in the narration of history, reclaiming the rights and stolen past of indigenous people. His large-scale installations combine various media and vernacular objects, often relying on archival documentation to convey the message that truth, memory and meaning have several colours and sounds; to be discovered outside the mainstream sources of power. For this purpose, he engages with various communities and collections, bringing to life untold and sometime controversial stories and asking audiences to reinterpret established viewpoints.

A recent example in this direction is his curatorial intervention to the Van Abbemuseum’s collection and archive, which proposed a new world timeline. The exhibition, entitled Ahy-kon-uh-klas-tik (2017) – the phonetic spelling of the word ‘iconoclasm’ – put together a selection of works from the museum’s collection and library (including Pablo Picasso, El Lissitzky, Yael Bartana, Gabriel Orozco, Mike Kelley and Gilbert and George, to mention but a few) alongside materials from the archive of the artist; both popular and official documents of the colonial project in the global south. 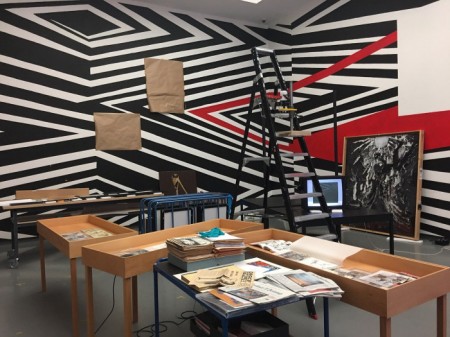 Archival documentation is at the core of another renown installation, Vox: Beyond Tasmania (2013), currently on show at the National Gallery of Victoria Australia, within the exhibition Colony: Frontier Wars. As the artist expressed in a statement: “This archival sculpture reflects on a 1909 book on Tasmanian aboriginal skulls documented from mainly personal collections by Richard Berry from the University of Melbourne. These skulls were collected as trophies and were recorded by Berry as a great concern as Tasmanian Aboriginal people were seen as becoming extinct. The other archival material and human skeleton tie together a global concern for the international trade in human remains. The gramophone horn amplifies this voice. The gruesome stories of how Aboriginal people were treated, their bones traded internationally is the main focus of this sculpture.” (Andrew, 2013) 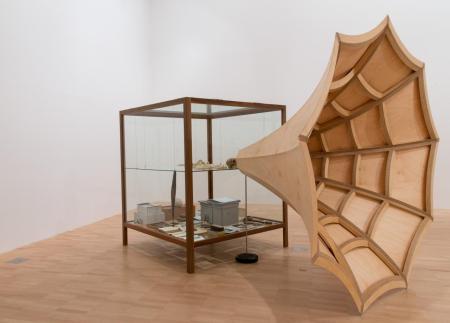 Though the ability of Andrew is to address such complex topics in a thorough and critical manner, yet leaving space to irony as well, which is often instilled in the works in a clever and stimulating way. Its current exhibition at Roslyn Oxley9 Gallery, Sydney, SMASH IT, exemplifies this attitude by proposing a series of works that question the perceptions of history and identity, and the narratives associated with primitivism and colonialism. The title refers to the action of disrupting conventional ideas through humour, offering alternative angles of interpretation, in a mash up of discourses sourced from communication channels as diverse as the Internet, television, newspapers, museums and Andrew’s archive. 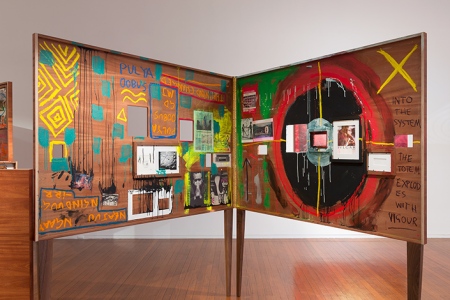 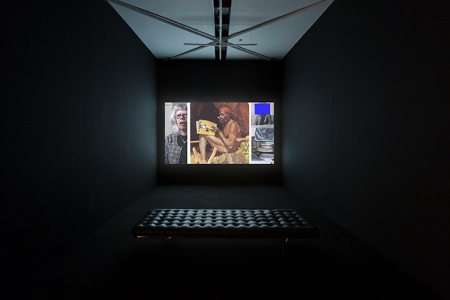 The display coincides with the artist’s participation in the 21st Biennale of Sydney, SUPERPOSITION: Art of Equilibrium and Engagement, where he presents What’s Left Behind (2018). The installation encompasses five sculptural vitrines representing the elements of water, air, fire, earth and metal. The piece is, in fact, a collaborative endeavour, since Andrew has invited four artists to respond to the concept of memory, to the tension between presence and absence and the transferability of both reality and meaning in objects. With this in mind, the contributing artists – Rushdi Anwar, Shiraz Bayjoo, Mayun Kiki and Vered Snear – have placed selected works from the collection of the Museum of Applied Arts and Sciences, Sydney, inside the vitrines, turning each sculptural installation into a self-contained archive. 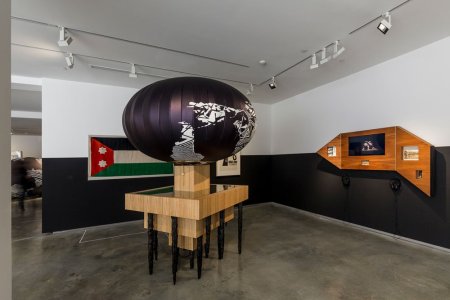 Andrew has taken part in many international projects and received prestigious awards. He was a Photography Residencies Laurate at the musée du quai Branly, Paris (2016), and was assigned a Smithsonian Artist Research Fellowship, with the Smithsonian Institute, USA (2017). In 2014 he worked with the collections of the Museo Nacional Centro de Arte Reina Sofia, Museo de América and Museo Nacional de Antropología for the exhibition Really Useful Knowledge curated by WHW at the Museo Nacional Centro de Arte Reina Sofia. His installation for the 21st Biennale of Sydney is on display at the Museum of Contemporary Art Australia until June 11, 2018.