Africa My Africa – Connecting Boundaries is the theme of a new joint exhibition curated by Lahd Gallery and the Gallery Of African Art (GAFRA). Each gallery is represented by two prominent artists, connecting an “invisible pyramid” that unites North, East and West Africa. The four artists featured all possess a unique kinship with Africa’s rich and ever-diversifying culture.

This exhibition is a dialogue within the African continent between four artists whose works reflect a shared sense of vitality, colour and movement as well as a dynamic and original use of space. With this collaborative undertaking, LAHD and GAFRA are not so much importing a piece of Africa to London, as holding a mirror for the great cosmopolitan city to look at itself in its wide diversity resulting from its imperial past and multicultural present. The exhibition both engages with and celebrates the universal themes of belonging, identity and representations while sustaining a complex postcolonial narrative. 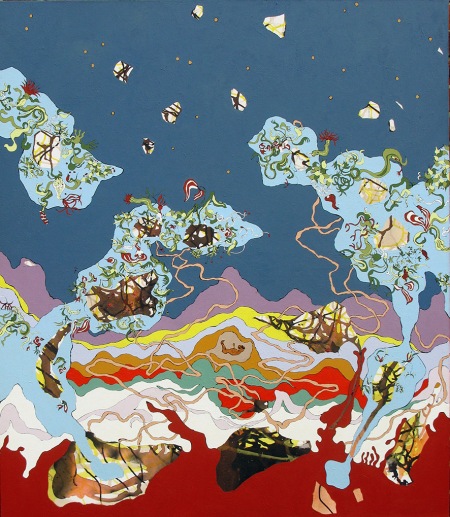 The myth of Sisyphus (2015), Patrick Altes, Courtesy of Lahd Gallery

The exhibited body of work dissociates itself from any notion of exoticism or alterity to contribute to contemporary art movements while retaining its originality and integrity. Even though the pictorial language is strikingly original, we are not looking at beautiful, alien works from other cultures but at the very stuff the West is made of.  Each artwork opens either a carefully mediated or absolutely primal space where past, present, personal identity, cultural mores/systems and universal themes, repel, attract, collide, merge to encompass both the individual and the universal. Yet, if the aesthetic strength of the work is what strikes at first sight, this artistic dialogue also posits strong political undercurrents that run through the works and confer force and relevance to them.

For artists, roots and identity are complex, shifting and unsolvable factors in subjectivity and London is a fabulous place to cogently express this in a dialogue with the audience, which is sure to appreciate the intricacies of this carefully curated show. 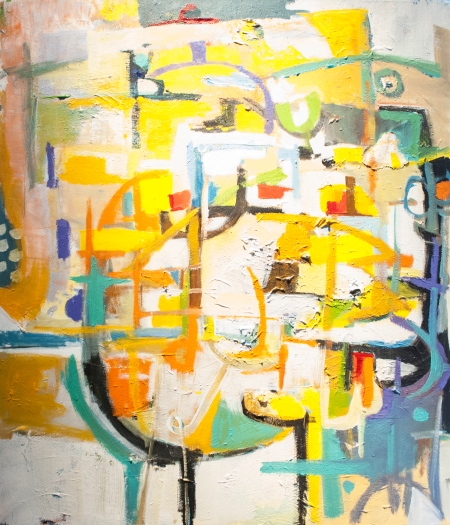 Patrick Altes was born in Algeria. He grew up in Paris, lived in South Africa and South America and is now based in the UK. His work is a personal exploration of the uncomfortable and ambivalent notion of birth-right, and how memory, romantic ideals and political beliefs shape our subjectivity in terms of a sense of belonging and our ways of making sense of history. He explores the complex, shifting and subjective themes of displacement, belonging, roots and identity.