Korean artist Jang-Oh Hong will take over the gallery space for Tenderpixel’s Summer Residency. Expanding the ideas of his solo exhibition at 17717 in Seoul (South Korea) earlier this year, the residency will culminate in a solo project, which will address some contemporary global concerns around citizenship, mobility and coexistence of diverse groups of people, through the Embassy for Parea1. Turning the gallery into a bureau-like architecture, the installation will be presented as a limbic space connected to another world. In fact, the embassy extends its jurisdiction outside our globe, towards the rest of the universe. By becoming an arena of negotiations and a space potential, it is revealing that another world is possible. 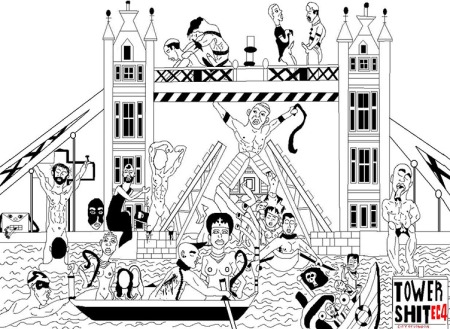 An exhibition of artist’s responses to the subject of ‘aloneness’ and exploration of cultural representations of solitude. The work of five artists; Juno Calypso, Hannah Ford, Kirsty Buchanan, Nicola Frimpong and Katerina Jebb, will be shown alongside contexualising objects and ephemera from curator Sarah Cleaver’s research into the theme. These objects include artists’ books, as well as letters, back-issues of magazines and a library of ‘recommended reading’.

Monster examines the operations of a peanut factory in the Middle East. The employees are seen working tirelessly at their stations, performing a sequence of repetitive tasks. But while bodies and machines function in choreographed routines, the material input of their labour has been removed. There is not a peanut to be seen. The factory simply reproduces its own labour conditions.  This video explores the challenge of technological automation on human existence. As robots disrupt one industry after another, human wage labour is now sliding into obsolescence. In time, it could disappear altogether. While this post-work condition may liberate humanity from the deadening alienation of capitalism, it will carry its own existential challenges. 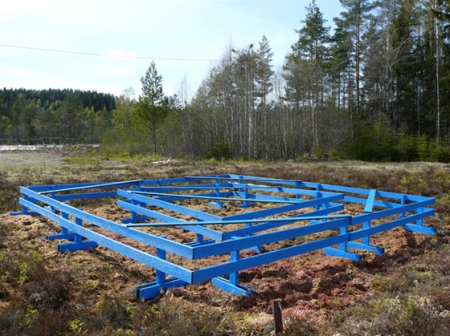 Eugene Macki’s show presents recent works that focus on the paradox of dividing and connecting. His sculptures attempt to highlight the relationship between two or more things on the one hand, and the role of self on the other. Eugene once said: ‘I am interested in the subtle irony between a medium and its ability to reveal or disclose information – the aim is to create an open ended situation’.

The exhibition brings together twelve videos and a selection of drawings by John Wood and Paul Harrison, mapping the early years of a collaboration which spans more than two decades. In many of the short videos collected here, the artists are shown methodically working through a task in a series of bizarre experiments that almost seem designed to test their ability to keep a straight face. These constructed situations are captivating in their absurdity: there is a tension between the air of purpose Wood and Harrison bring to each gesture and the apparent absence of any purpose to these activities. Presented alongside the video works, drawings from the same period reveal parts of the thinking process as well as meticulous planning behind each of these works.

A 2015 graduate of BA Drawing at Camberwell College of Arts and winner of the 2015 Vanguard Prize Studio Award presents his work that work shifts between architectural innovation, movement and interaction between viewer and sculpture. For this exhibition, Queenie Clarke has made a work that responds to the architecture of the studio she has been working in over the past year, transforming it to create possibilities for the viewer to engage physically with both the space and the work. This work is complemented by a series of working drawings and a site specific text work, visible from Peckham Road. 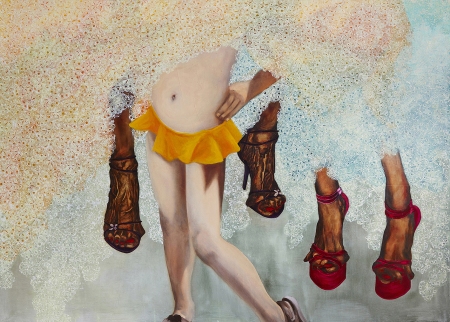 A digitally camouflaged 3m x 3m blow up castle with no entrance; a contemporary Celtic bronze cast helmet in a complexity of reconstituted G-plan furniture; unsettling figurative paintings based on social media interactions; huge, monstrously physical oil paintings on discarded cardboard;  physical and temporal manifestations of cultural theory as haphazard kinetic machines, poking and prodding at irregular intervals; sculptural objects painted as faux marble – or is that sliced salami…  In this year’s show the intimacy of hands-on production and the turbulent after effects of hubris and over sharing, among other signs of our time, are embraced with gusto and result in some astounding, profound and surprising artwork. 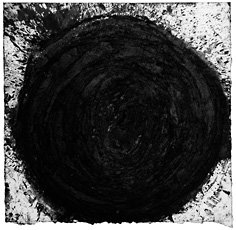 A group exhibition of artworks that embody new iterations of flesh in a networked era. It looks beyond well-rehearsed anxieties about human corporeity rendered either excluded and redundant, or abstracted and vacuous, by the digital era; to empowered bodies operating through the network to perform, transform, transcribe, reconfigure or reinvent. Streams of Warm Impermanence looks at artworks that articulate a vision of flesh as a material and a locus of fluid identity full of potential. With Kelly Akashi, Jean-Marie Appriou, Dora Budor, Justin Fitzpatrick, Ann Hirsch, Max Hooper Schneider, Donna Huanca, Renaud Jerez, Jason Matthew Lee, Athena Papadopoulos, Anna Uddenberg, Stewart Uoo and Issy Wood; and works by Renate Bertlmann, Carolee Schneemann, David Wojnarowicz, Martin Wong.

South African artist William Kentridge is renowned for his animated expressionist drawings and films exploring time, the history of colonialism and the aspirations and failures of revolutionary politics. In this major exhibition of six large-scale installations by the artist, music and drama are ruptured by revolution, exile and scientific advancement. The visit requires the purchase of a ticket (£ 11,95/£ 9,50).

The first UK solo exhibition of American artist Candice Lin explores how histories of slavery and colonialism have been shaped by human attraction to particular colours, tastes, textures and drugs. Focusing on how the desire to wear, become enraptured by or ingest certain plants and substances preceded the will to trade them as commercial goods, the exhibition traces the materialist urges at the root of colonial violence.

The exhibition that accompanies the eponymous prize which is awarded to an artist for an outstanding exhibition or other presentation of their work in the preceding year. The four shortlisted artists for the Turner Prize 2016 are: Michael Dean, Anthea Hamilton, Helen Marten and Josephine Pryde.