Founded in 1999 by the late Julia Caprara, the Prism exhibition group has exhibited annually in central London. They aim is to bring to the public work of the highest quality both to highlight the breadth textile practice can extend to, but also to challenge notions of the textile as decorative and domestic. 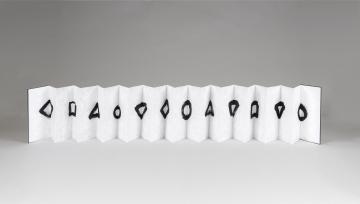 The gallery presents the works of painter, essayist and poet Etel Adnan, who was born in 1925 in Beirut, Lebanon. In her first solo exhibition in a UK public institution, the Serpentine shows work from across her career and including paintings, drawings, poetry, film and tapestry, inspired by the feeling and colours of the Persian rugs of her childhood. The reading in The Magazine at the Serpentine Sackler Gallery inaugurates Adnan’s exhibition during its opening view.
Seating available on a first-come, first-served basis.

This group exhibition takes Freud’s concept as a point of departure for the four artists to reflect upon the idea of a lived experience/scientific experience cache – where knowledge and information are both trans-historical and simultaneous, and the experience of the universe in time as a spatial dimension begins to pile up on top of itself, jamming and distorting. It includes works of Kitty Clark, Ruth Angel Edwards, Daniel Swan and Jala Wahid.

This collection is a culmination of pieces produced by Thomas Langley during the first year period of study 2016. He is interested in the idea of manual thought – how thinking gets into an object and his work is often self-referential, but with attempt to approach certain universal truths. In this show the material expression of consciousness also turns into a question about the physical/spatial boundaries the artwork occupies, and the status it maintains in the wider world. RSVP essential. 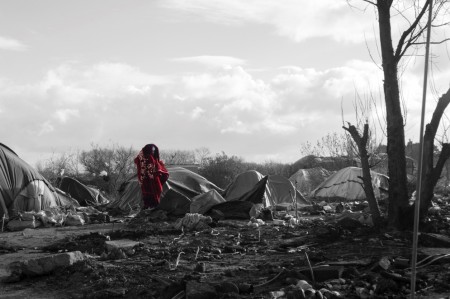 Londonewcastle Project Space, Call me by my name: Stories From Calais and Beyond. The Migration Museum Project

A ground-breaking multimedia exhibition, taking place in a momentous month that sees both the EU referendum and Refugee Week. It explores the complexity and human stories behind the current migration crisis, with a particular focus on the Calais camp. It features compelling works by established and emerging artists, refugees, camp residents and volunteers. These include a powerful new installation by award-winning Danish artist Nikolaj Larsen, street art from Stik, drawings of the camp by illustrator Nick Ellwood, graffiti, art and photography by camp residents, and an installation of life jackets embedded with the stories of their wearers. 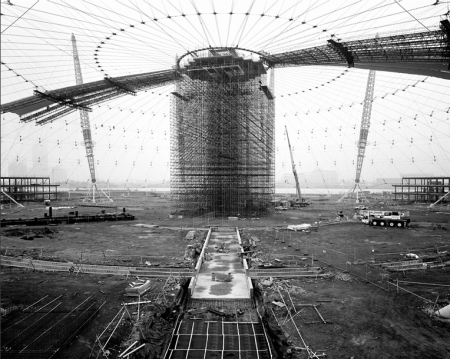 Join Magnum photographer Mark Power leads a tour of the exhibition Strange and Familiar and reflects on his own experience of working in the UK as well as abroad, the problems of ‘exoticisation’ and the difficulties of finding a fresh and original vision of a place. Curated by iconic British photographer Martin Parr, this show – and its series of accompanying events – considers how international photographers from the 1930s onwards have captured the social, cultural and political identity of the UK.

After marking its mid-point with #0.2 Workshop, IT IS PROBABLY BETTER TO START FROM ZERO presents a second intervention by each of the four artists exhibited previously, over the next four months. By coming back into the Window Space, the artists present the progress of their ongoing research and practice, taking into account the effects of their relation with the curators, the other artists and the space itself.

For her second display, Inês presents Digestion, a humorous continuation of her previous installation Blend In.  It follows the questions raised before regarding globalisation and its input towards a future hegemonized world. Culture, language, religion, demographic presence, ideology and economic expropriation are all part of an ‘alimentary bolus’ that dismantles physically, in smaller pieces, for the possibility of a digestion.This display will be a place to rethink how generations re-evaluate previous generations’ decisions and how they are processed in a fast-forward thinking world. It intends to raise awareness to how this decision making process shapes our world and how it can be questioned.

Jaime Pitarch’s solo exhibition, whose work addresses humanity’s inability to identify with the structures we ourselves have created. Through the use of elements fabricated by man, inhabited by man, or elements that have helped man to construct an idea of himself and of what the world is, the artist addresses in this exhibition notions of time, value and productivity. On until the 4th of June. 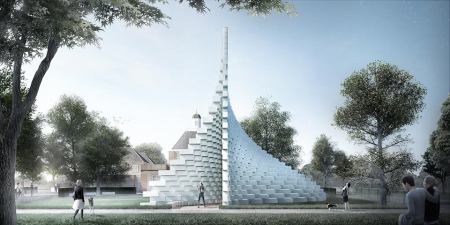 In tandem with the 16th Pavilion in 2016, the Serpentine Galleries has expanded its internationally acclaimed programme of exhibiting architecture in a built form by commissioning four architects to each design a 25sqm Summer House. The four Summer Houses are inspired by the nearby Queen Caroline’s Temple. Each architect chosen by the Serpentine – Bjarke Ingels Group, Kunlé Adeyemi, Barkow Leibinger, Yona Friedman and Asif Khan – has yet to build a permanent building in England.

The Whitechapel Gallery, In Conversation and Tour: Mary Heilmann and Lydia Yee, 10am

With a foundation in the pop-culture and aesthetic of her West-Coast youth, Mary Heilmann‘s abstract work encompasses personal narratives while challenging dominant Minimalist rhetoric. She gives an exclusive tour of her first UK retrospective Mary Heilmann: Looking at Pictures, with curator Lydia Yee. Heilmann dazzling abstractions are filled with the surreal beach life of Los Angeles, the 1960s counter culture, pop songs and friendships with New York artists, poets and musicians

Curated by Pablo León de la Barra, Guggenheim UBS MAP Curator, the exhibition highlights recently acquired works by more than twenty artists working with mediums and methods including installation, painting, performance, photography, sculpture, and video. With a focus on work made by artists born after 1968, in addition to several early pioneers who were active internationally in the 1960s and ’70s. the shod examines a diversity of creative responses by artists to complex, shared realities that have been influenced by colonial and modern histories, repressive governments, economic crises, and social inequality, as well as by concurrent periods of regional economic wealth.

A one-day interdisciplinary event combining theory and practice through high-profile keynotes, performance lectures, panel discussions and urban expeditions. The event brings together a range of invited scholars, artists and practitioners such as the world-renowned artist Richard Wentworth, the professor and writer Michael Sheringham, artist and performance scholar Johanna Linsley and the international artist collective zURBS. The focus is on exploring new methodological approaches to the urban by discussing how seeing the city-as-archive, as a method for urban research, may open up for alternative urban imaginaries that investigate what urban space is and means.

A one-day symposium exploring the relationship of voice to transcription – of utterance and the written score. Co-ordinated by Emma Smith as part of her research process, the symposium will culminate with a performance experiment by the artist using a new score for collective voicing developed during her residency at Delfina Foundation. Including Elsa De Luca, Palaeographer, (University of Bristol), and Jerome Lewis, Anthropologist, (University College London). Free event, RSVP essential. 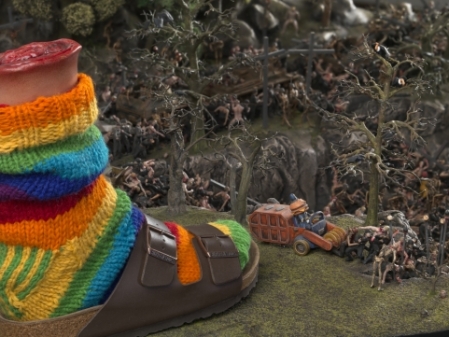 Held without interruption since 1769, the Summer Exhibition displays works in a variety of mediums and genres by emerging and established contemporary artists. This year’s co-ordinator is Richard Wilson RA, who will be exploring the theme of artistic duos. He has invited a diverse group of more than 15 international duos, including Heather & Ivan Morison, Jake & Dinos Chapman, Jane & Louise Wilson, Ilya & Emilia Kabakov, EVA & ADELE, Boyd & Evans, Tim Noble & Sue Webster, Langlands & Bell and Pierre et Gilles, among others.

The Gallery’s project space artist for 2016 presents her work, an experiment in turning inside space into a faux outside. The project stems from a fable about an Indian ship which docked at an English port. The crew asked to be taken to walk on grass as they lived surrounded by metal. They were taken to walk barefoot in a nearby graveyard – then returned to their ship to live surrounded by metal once again. Vinokur’s reframing of a meadow inside a gallery, offers an incongruous phenomenon – for the final week the public will be invited to walk barefoot, sit or rest within the space. Paridayda is the Old Persian root for the word ‘paradise’ which literally translates as “walled enclosure” relating to oases.