No.Company. is an ongoing project that tests and questions the rehearsal process that builds towards a final performance.

No.Company. discovers the results of rehearsing alone. The rehearsals for the final creation are described, discussed and practiced via instant messaging and sending documents between two collaborators. The performance unites the process and the performers’ friendship. The first time you see the performers is also the first time they see each other.

Can there be any real benefits of not rehearsing ‘together’?

The project No.Company. came about from my want to dance with people I have previously worked with, or discussed working with, and did not get the chance because of a number of factors that included time, finances and location.

The project is a direct reaction to art sectors cuts. Naturally frustrated by how hard it was to arrange space and time together with other artists, I realised the only date we needed to physically be together, to ensure our ideas were shared with an audience, was the date of the performance. I wanted to prove how vital collaborations are for the survival of an art form and have always been interested in how human interaction and social psychology can integrate within the arts. As a result, No.Company.  successfully reminds people of the importance of sharing ideas and the collaboration of different personalities.

Orange (un)expectations was the first creation for No.Company. and was performed in November 2015 at the event Partage in Hampstead, London.
Chess Dillon Reams and I were strict on the process – we met online to rehearse, describing and discussing set movements and contextual ideas. The structure and set design elements were something arranged while we were apart and, even in the last moments, before the performance, we stayed on opposite wings of the stage. Finally, the blackout confirmed the piece was ready to start: what we had worked on and rehearsed was to be performed for the first and last time.

It is vital for the audience to understand the process to get a clear picture of what rehearsing alone actually consisted of. At my laptop, I would wait on Facebook Messenger (or be frantically signing on) to meet Chess for our duet rehearsals. Rehearsals generally ran for an hour, usually in the early evenings on a weekday. Over 18 days we had 4 rehearsals and were faced with hilarity, confusion and liberating imagery.

7:19pm: i start to hop away facing you, until i tuck jump into you and you catch me

One of many notable differences to being in a studio together was not being able to test or trial movements. Deciding whether one would work was based on visualising gravity and one another’s anatomy. It was strange to discover that being restricted to a laptop gave us more freedom to take ideas further. In a physical rehearsal, if an idea is trialled and fails it is usually stripped down and simplified, however, in our rehearsals we would usually discover the end result by working through the impossible to find out where it took us next within the piece. It is hard to not see the failure of an idea as the end but when committing within the world of imagination the impossible is ignored allowing the thoughts beyond that movement to evolve.

7:50pm: oh dear I’m so confused shall we start again

Communication in rehearsal had clear differences; sharing text on screen in comparison to verbal acknowledgment. On an online instant messenger service both people can type at once. Usually typing at the same time occurred to share an idea or reaction with the other. Typing at the same time translates to talking at the same time in a physical rehearsal. Typically, when more than one person talks at the same time, talk stops to listen to one idea and then the idea is trialled out. Whether or not the other ideas are re-visited, the initial idea as it was in the mind before becoming public, is now altered. However, when Chess was typing at the same time, it meant I could still describe my idea without judgement and without knowing her idea, so that when we both sent through our ideas we could then discuss them equally.

8:15pm: and use it to lift your knee up with left through parallel to end in 4th with left knee in front

This way of rehearsing was a good way to re-tune consciousness of the construction of the body and how it organises itself through movement. If a detail was ignored it could be translated as something completely different. As we work in a medium with no steps, imagery and minute anatomical descriptions had to be used to create an awareness of the whole body. The eagerness to understand the heavy descriptions soon evolved into frustration. This frustration forces the mind to search for new solutions and work against comfort. Some of the best creations in history have been successful due to working against a restriction and frustration, for example The Köln Concert. In 1975, 17 year old Vera Brandes organised a concert in Köln to host pianist Keith Jarrett. Theatre staff placed a poor quality piano on stage thinking it was the one requested. When Jarrett came round to playing he had to fight against the tinny upper registers and ‘some keys that did not release properly’ (Elsdon, 2012: 6). Jarrett’s frustration can be heard in the pressure he puts in the keys and his focus on the middle section of the piano which produced a unique sound and composition. The album, released the same year, went on to become the best selling solo album in jazz history, with sales of more than 3.5 million. If the correct piano was put on stage Jarrett would have been in his comfort zone and the results would have not been as raw and surprising. By removing the right to physically rehearse, No.Company. makes collaborators use instinctive creative choices. What made the duet unique and alluring was that within the final product the restrictions in the process were subconsciously felt by the audience members. 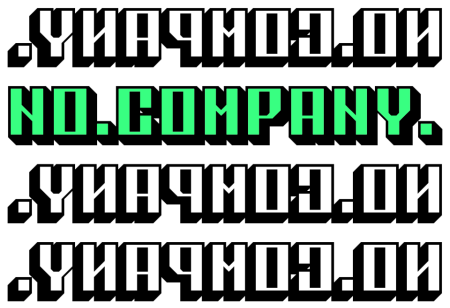 In 2010, Arts Council England’s budget was agreed to be cut by 29.6% by 2014. In 2016, Arts Council England’s funding was announced to not to be changed which was welcomed by Art Leaders and Museum chiefs. A clear strength of people working in the arts sector is compassion, however, the danger of compassion is it altering our ideas upon what we deserve. Rather than settling for cuts and reworking our work space and budget we need to prove we can survive cuts through empowerment and feed art into the populations’ daily life by our most powerful tool – creativity. In a speech to councillors and local government officials Sir Peter Bazalgette “We know you are under pressure. Let’s work together to develop new, creative and innovative solutions to sustain the vital cultural life of our communities. We’re in, if you’re in”(Brown, 2016). No.Company. is not a singular solution to arts cuts, but it is one way of making creative choices to make sure artists are still sharing ideas, working creatively, getting a chance to perform and keeping busy.

The first steps of No.Company. have sparked many more ideas for it’s future. The project’s success lies in the frustrations and adding other restrictions could provide interesting results. Due to time, finance and comfort, many contemporary dancers work with people they know or those with common interests. No.Company. provides an accessible tool to set up collaboration with anyone and with people they would not usually have the chance to work with. Working with the unknown allows for endless possibility. In 2004, Katherine W. Philips (Professor of Leadership and Ethics at Columbia business school) collaborated on a study with the aim of proving how ‘being around people who are different from us make us more creative, more diligent and more hardworking’ (Phillips, 2014). In groups, participants had to solve a murder mystery where each member was given important clues only they knew. Some groups consisted of all the same race or same political following and other groups had one member from a different race or political following.  The results showed that the groups with diversity significantly out performed groups with no diversity. Working and being around people who are similar leads us to believe ‘we all hold the same information and share the same perspective.’ (Phillips, 2014). This perspective, which stopped the other groups from processing information, is what hinders innovation and creativity.

This project is the start of a larger research into rehearsals. There are far more variables I intend to play with. Where does the rehearsal take place? Who is rehearsing? What happens before the rehearsal? What is the temperature? What are the participants wearing? What have they eaten? No.Company. has questioned the norms and values that artists follow in rehearsals and, continuing to test the rehearsal set up for an artist’s particular vision, will shape a more personal result. Rehearsals are not meant to be easy.

Joe Garbett is a freelance dance artist based in London. After graduating from the University of Chichester with a first class honour degree in 2012 he worked alongside Jasmin Vardimon Company as part of the Professional Development Certificate (JV2). Since becoming freelance Joe has been awarded funding for independent projects and led workshops, classes and residencies around the Southwest of England. As well as performing nationally in collaboration with movement artists and musicians Joe co-founded aKa Dance Theatre Company (Company in residence at the Tacchi Morris Arts Centre in Taunton). Joe has a keen interested in how social psychology can integrate within the arts and is working on further research into rehearsal processes starting with the project No.Company.