fig-2 is the second iteration of a process that began in 2000 in London under the auspices of curators Mark Francis and Jay Jopling. Back at the turn of the millenium, fifty artists were called upon to devise a series of pop-up shows run at an independent project space – these included writers, film-makers, designers and performers, with known names like Richard Hamilton and Anish Kapoor, among them.

After an interlude of fifteen years, a time during which communication technologies have become enmeshed in everyday experiences to unprecedented degrees, fig-2 ran at ICA Studio between January and December 2015. Proceeding along similar lines as its predecessor, fifty individual projects are conceived and shown in the space of a week each, with a new artist on show each Monday, announced to the public four days in advance. Sometimes, artists are called upon to prepare an exhibition within ten days of being brought on board. 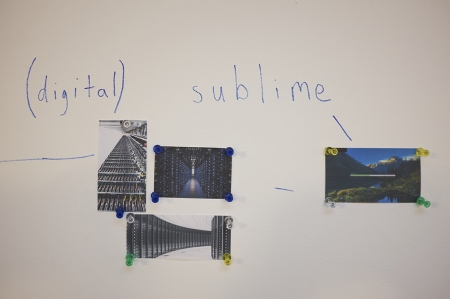 The project is motivated by an inquiry into radically new frameworks for exhibiting and encountering art. As fig-2 curator Fatos Ustek explains in the project statement, “fig-2 operates as a catalyst to manifest the aesthetic and critical currency of our times.” Moving at a pace where participating artists are forced to make decisions on the spot, fig-2’s pattern opens a space for spontaneous associations and contingent assemblages. In contrast to more conventional approaches to curation, the main question at stake here appears to be what kind of signification could eventually arise from the expansive accumulation of works that make up the entire series. Is there a point where the creative desires of the fifty artists displayed converge?

This brings about a question as to how fig-2, while bringing together a decentered set of very diverse elements, conceives of its own image. “In order for this show to take place” the curator says “at first a visual representation has been needed. When I first started thinking about the program and its concept, what I had in my head was this vast graphic of the universe and its constellations where each part contains the information or the knowledge of the whole. But each part also looks different. Equally, fig-2 is still a consistent image and I’m connecting the exhibitions to one another. There are many threads that I’m connecting to one another, although my main analogy is the image of a giant house that has 50 rooms and each room has a different size, colour, feeling, sound, and is leading to another room. It isn’t a linear, long house of 50 rooms but it’s actually a multidimensional building, in the sense that they’re all interconnected. You could think about the board game Snakes and Ladders: I have that kind of crazy image in my mind that is still forming and falling and probably you will only see what it looks like in retrospect two or three years from now”. 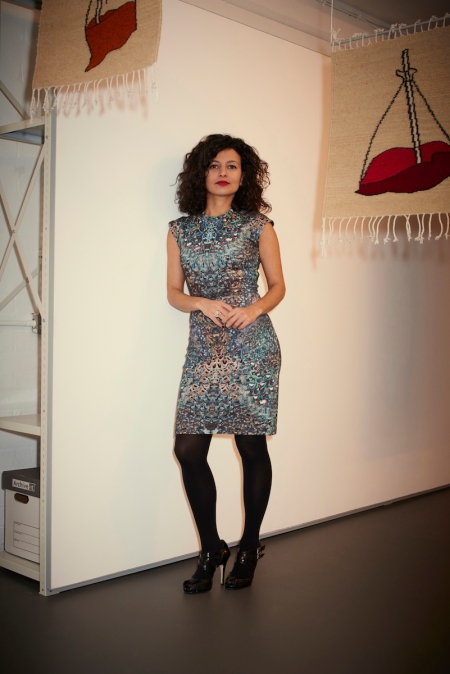 With its a curatorial rhythm, punctuated by a series of seminars conducted around the exhibitions, fig-2 appears to be in a continuous loop of production, interpretation, followed by transition to the next work. In the context of an art economy beset by price bubbles the question arises how a project like fig-2 is positioned in relation to the commodification of contemporary art. Questioned as to the commodity of fig-2, Ustek says: “Being quantifiable and limited to a structure of 50 weeks length, that’s in the end the commodity of fig-2. Also, the moment of the exhibition itself, that is also what I wish could be evoked beyond the mere coordinate of the show, rendering the whole exhibition a non-commodifiable good in the end.”

Michel Foucault’s image of books as little tool-boxes can also be useful when thinking about how one encounters art. Indeed, at the heart of fig-2’s project lies the idea of interpretation as a contextual, productive process, where the successive introduction of new elements into its discursive universe creates new effects of interpretation. This positions the audience in relation to the artwork mostly as user rather than spectator, continually drawing and redrawing maps of connections and lines of flight between the different positions that the project draws into its fold. As Ustek notes, “the public’s interpretation in that sense will let the show continue after its display in space and time. Even the more formal and object-oriented of the exhibitions exist on various layers, and any of these is important in the witnessing of and engagement with an artwork. Equally, what is apparently made for immediate consumption on a stage can also be conceived of as a dense and durable experience. It’s like with literature. You sometimes read a book very fast and the next day you’re still in the mindset of the book. Or, 5 years later you are in a trivial place like a bus stop and something happens and you remember what happened in that book. For me exhibition-making is really like that. It is not only concerned with thinking about now, but I’m also interested in something that triggers something else, and it doesn’t have to be a direct triggering.” 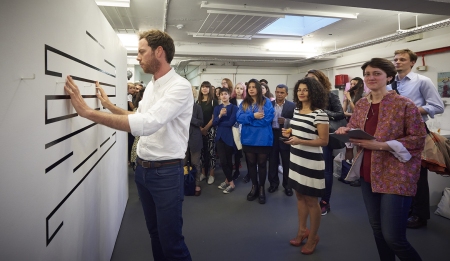 Ustek’s curatorial practice – centred around the investigation of concepts such as ‘now’, ‘time- presence’, ‘agency-subject’ – has inspired her approach to fig-2 for major and minor reasons. Associate curator for the 10th Gwangju Biennale in South Korea, her authorial and curatorial practice encompasses different media, such as photography, video, installation, sculpture, performance and painting, always with an international outlook.

Coming from a science background combined with formations of arts, the strict arithmetic logic behind fig-2 was bound to fire Ustek’s imagination. “The number 50 was recalling that scenario of being chased by numbers so recurrent in my career. In 2010, Istanbul was European Capital of Culture and I was asked by the European Commission to select 50 Turkish artists and write on them for the anthology that was going to be produced. This was followed by another book that I edited and mostly authored on the relations between architecture and art, featuring 50 art works across the globe by 50 international artists.” 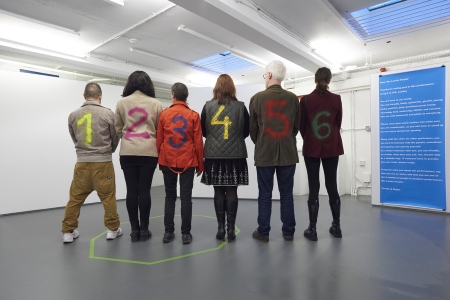 As a wide-reaching survey of what is ‘contemporary’ in London’s art scene, fig-2 is always situated in relation to what came before it and what will happen in the future. Historically, fig-2 feeds off fig-1’s legacy and and its association with artists who found prominence subsequently. Thus to some extent, fig-2 might be taking on the role of “a prophet that predicts the future greats of of the London contemporary cultural scene.” Looking forward, Ustek certainly hopes that all the artists involved in fig-2 will achieve significance and will shape the artistic landscape of the UK in general – if not internationally. In particular, the variegated practices showcased in fig-2, where many of the artists invited cross traditional discipline boundaries and and work in a range of different media, point towards ways of working that will likely become common currency in the not-too-distant future.

In its potentiality, fig-2 offers a leap out of known and well-rehearsed ways of doing things, positing its condition of permanent ‘now-ness’ as a site where hierarchies of understanding can be challenged, in a nod perhaps to what philosopher Jacques Rancière terms art’s “redistribution of the sensible.” Some thoughts on this offered by Ustek include:

“As a generative, cumulative criticality that has been already produced on the process… As a non-institution performing an institution as well… As a ground for artists and a floor for experiment… The freedom of not knowing displayed as a critical practice… The complete acceptance of the possibility of going beyond of what you can imagine, as the absence of metavalues so diffuse in the most institutionalised contests… All this is now undoing anything which is already existing, with the aim to create from A to Z a new breathing space for the city of London… A catalyst of these ideas, or at least an illustration of those states of things, now for me.” 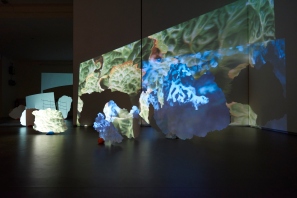 Kathryn Elkin, ‘The Elephants in the Room’, 2015. Installation image of fig-2 exhibition, week 17/50. Courtesy of the artist. Photography by © Sylvain Deleu

Valentina Caivano is a PhD researcher in Philosophical Anthropology from Milan, now based in London.  As part of a broader interest in the ethics and politics surrounding refugee representation, determination and discourses, her research project concerns the topic of the identity construction through the media. Linked to her experience as a world affair journalist in one of the major Italian newspapers and her MA degree in International Relations, her research is also developed from the discipline of the cultural critique and from art with a social and political agenda. Her work also focuses on the new tendencies in the presentational context of arts.