CtC’s Artist of the Month for March is !Mediengruppe Bitnik – digital duo Carmen Weisskopf & Domagoj Smoljo with regular accomplices Adnan Hadzi, a London Filmmaker and researcher, and reporter Daniel Ryser – who border the gap between the artist and hacker, living and working between London and Zurich.

Have you ever heard of the Darknet? Or possibly ever had the itch to start your own pirate broadcasting station? Or maybe you’re the type to simply disregard authority in its entirety and send mysterious packages with a secret camera into highly politicised areas.!Mediengruppe Bitnik’s practice consists of work happening in or around the internet, consistently challenging our notion of contrast between the virtual and physical, by allowing the ‘digital to affect physical spaces, often intentionally applying loss of control to challenge established structures and mechanisms’ (bitnik.org).

For their piece Random Darknet Shopper (2014 – current) the artists created a ‘bot’, or an autonomous program, with the purpose of surfing the Darknet. Imagine the artists programming this ‘bot’ to have a casual browse and once a week buy a random item from the Darknet, with a weekly allowance of $100 in Bitcoins. In one of its manifestation in Switzerland, the Random Darknet Shopper, cheekily bought a bag of ecstasy pills and delivered it to the exhibiting gallery – prompting Swiss police to ‘arrest’ the robot the day after the exhibition closed on the grounds of the illegal purchase. In the media coverage that followed a very strange question was posed, “If your robot buys ecstasy, are you responsible?” (theguardian.com, 2015). Well, according to what the media reported in the follow-up of the seizure of the robot no, as, according to the Swiss police, !Mediengruppe Bitnik’s intentions for the robot was to provoke critical thinking over the Internet.

In another controversial piece, !Mediengruppe Bitnik conceived of a live mail art piece that became a live 38 hour performance watchable from the internet. In 2013, at the height of the Julian Assange scandal and his forced exile into the Ecuadorian embassy in London, the artists once again entered the arena of political controversy with the piece Delivery for Mr. Assange (2013). With Julian Assange having prior knowledge of this package coming to him, !Mediengruppe Bitnik sent a small package with a camera inside peering out through a small hole in the box and a transmitter to send out a photo every ten minutes to a live stream on there website and Twitter account.

Needless to say, the group’s activities are thought-provoking in contemporary life and the ever growing dependency on technology. There is also another thing that rings true: the evolving nature of the artist within the field of technology. You could say artists have always ‘hacked’ our reality through their work, but when was there a time when a medium’s power could actually bend physical realities into one?

For the month of March, CtC will present a selection of !Mediengruppe Bitnik’s works on the Facebook and Twitter pages. 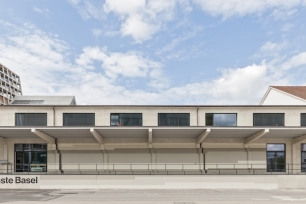