Hans Zimmer’s produced score for True Romance (1993) pays homage to Terrence Malick’s debut feature Badlands (1973). The two films exist in comparable harmony through both musical scoring, and narrative themes. Inspired by its forerunner, True Romance director Tony Scott envisioned a soundtrack which held an acute awareness of the Badlands theme ‘Gassenhauer’ from Musica Poetica. Interweaved throughout a heavily inspired rock soundtrack resides the catchy marimba theme, ‘You’re so cool’ and its thematic developments, signalling an unmistakable familiarity. Here we are presented with our first significant intertextual reference. The broad essence of intertextuality asserts a complex interrelationship between multiple texts and how they are interpreted. It further maintains that no text is entirely detached from any other. This point bears crucial implications for assessing the influence of pre-existing music and any subsequent associations.

Closely correlating themes between the two films could plausibly identify True Romance as a modern day adaptation of Badlands. Here Tony Scott is not so much an author but a visionary, drawing upon another work he was previously alluded to in order to create meaning within his own work. Intertextuality in this sense functions as a dialogue whereby each text is interpreted in relation to the other. This concept is particularly relevant in cinema due to its infinitely referential nature. Badlands highlights numerous intertextual references from Bonnie and Clyde to Dillinger, not forgetting the real life story of Charles Starkweather and his underage girlfriend Caril Fugate of whom the screenplay is based on. Similarly True romance draws upon popular culture for signification as well as numerous cinematic references including Taxi Driver, The Deer Hunter and of course, Badlands. The key focus of this article examines the intertextual significance between the two films by addressing common themes, including Hans Zimmer’s undeniably significant development of ‘Gassenhauer’.

The True Romance soundtrack holds significant intertextual relevance, yet it is not the only feature to hold parallel themes to the forerunning Badlands. The analogous narratives present a Bonnie and Clyde style storyline following the same pattern; a couple running from the law dealing with the trials and tribulations of criminal involvement and life as fugitives. Punctuated by the soft romanticised voiceover, True Romance draws immediate intertextual recognition.

Patricia Arquette narrates Alabama’s ongoing commentary throughout the film, reminiscent of Sissy Spacek’s Holly narration in Badlands. Not only are these this voice-over’s mutually apparent, but the character and tone of each voice sounds decidedly similar. Both voices punctuate prominent moments within the script and highlight parallel themes from the perspective of both spectator and storyteller.

Taken from Carl Orff and Gunild Keetman’s first volume of Musica Poetica, ‘Gassenhauer’ was selected as the title theme and recurring motif for Terrence Malick’s feature film Badlands. The playful nature of these pieces reveal they were intended as music for children. This detail exhibits a certain irony, characterised by the naive young delinquents in Badlands as they journey through the Plains of Montana on their innocently perceived killing spree. The excerpt of music interspersedly recurs in its original form, often accompanying Holly’s voice-over narration. David Thomson describes the film as ‘A model of unexpected independence… The calm, or the tranquility of the violence is often hallucinatory.’ The use of sound presents an abstract and highly exaggerated sense of anti-realism, whilst the overarching musical score manifests with equal significance. It creates a sweet surrealism, illustrative of the idyllic life they are living, juxtaposed against the cold blooded violence enacted by Kit. Throughout, the jovial marimba theme appears to symbolise hope, that ultimately the couple will make it through the film together unscathed. In fact, the narrative communicates no feelings of sentimental joy between the couple, only nonchalance and emotional stoicism. Some critics have gone as far as describing the film as cold and curiously detached. In a way, the music conforms to this idea of detachment, yet as it functions alongside the romantic voiceover, it presents more than a mere anempathetic paradox. It provides the audience with optimism, and faith in the characters convictions. Despite being young and naive, the characters portray a certain level of self-assurance in their actions, and despite the audience remaining consistently aware of their wrongdoings, an interpassive communication of sympathy is evoked.

Whilst the themes in both Badlands and True Romance are employed to accompany scenes highlighting each couples relationship, the music is providing a distinct message in each. ‘Gassenhauer’ is used in Badlands to accompany Holly and Kit’s dysfunctional relationship, whereas in True Romance ‘You’re so Cool’ significantly juxtaposes the barrage of crime and the couples turbulent situation. As previously discussed, the two films hold numerous interchangeable motifs including; characterisation, narration and use of voice-over, of which the music highlights through intertextual recognition. Yet there remains a crucial difference.

Where in Badlands the theme consistently recurs in its original state, True Romance utilises thematic development to illustrate a change in mood or to progress the narrative. As it recurs in a new form, be it change in key, shift in mood, harmony or dynamics, the audience is communicated something new that didn’t exist when the previous theme was heard. We can gain further insight into these contrasting developments through the use of musical quotation.

The process of quotation has been explored by numerous scholars and may hold key implications for intertextual reference between the two soundtracks. Anahid Kassabian defined quotation as ‘the importing of a song or musical text, in part or in whole, into a film’s score’ (Hearing Film: Tracking Identifications in Contemporary Hollywood Film Music, 2001: 49). She maintains that an audience will often ‘bring external associations with the songs into their engagements with the film,’ commenting on the importance of audience perception when confronting pre-existing music in film. One cannot deny the significance of lyrics or excerpts of pre-existing music, especially in contemporary filmmaking where signifiers are often relied upon to accurately interpret the audio-visual, yet this description may be somewhat oversimplified.

In ‘Pre-existing music in fiction sound film’ Jonathan Godsall suggests that quotation allows us to ‘outline the use of pre-existing music as a specific topic against a broader intellectual background.’ He breaks this topic down into two key types; allosonic and autosonic quotation. These two key areas allow a distinction to be made between the way pre-existing music in film is manipulated. Simply put, allosonic quotation can be described as a ‘cover’ or interpretation of a particular piece, it consists of ‘an abstract nature’ (Serge Lacasse, 2002) and is often quoted as an excerpt of a whole. Autosonic quotation represents a more literal quotation of music, there is no interpretive value and its essence remains of a physical nature.

In the case of True Romance we are analysing a rather uncommon intertextual example whereby the music contains its own quotations, complexly manifesting as a quotation within a quotation. As Hans Zimmer covers Carl Orff’s ‘Gassenhauer’ in True Romance, Orff similarly quoted Hans Neusiedler’s ‘Gassenhauer’ for lute, composed in 1536. The latter duo, although identically entitled, are not entirely the same piece. We can identify Zimmer’s ‘You’re So Cool’ as an allosonic reproduction of Orff’s ‘Gassenhauer,’ however Orff quoted Hans Neusiedler’s piece far more loosely. His inspiration is unmistakable, yet aside from the obvious distinction regarding instrumentation, Orff only quotes the later half of the original ‘Gassenhaueur’ sustaining a similar rhythmic drive but with clear melodic enhancements. This quotation would still be considered an allosonic example, but in the broadest sense of the term, not merely covering but significantly altering his original source of inspiration.

Yet what happens when the observant viewer fails to understand the reference? Music must surely evoke feelings towards the narrative, not solely assert an assumed level of recognition. Godsall suggests that intertextual film music is not merely focused towards acknowledging other pre-existing music, but should remain pre-existing itself. Further issues arise through the possibility of misrecognition where one might attribute a piece of pre-existing music to the wrong source. Here, not only do we witness the crossover of relative boundaries between films, but we also witness diminishing boundaries between film and the world of lived experience where it takes little more than a familiar harmony, recurring rhythm or short motif to draw an association. The ever increasing ambiguity in film would imply it is not always necessary to identify the pre-existing source of a particular sound. If a quoted soundtrack succeeds in emulating the effect its predecessors achieved, then the overall product is not bereft of meaning through lack of recognition, but maintains meaning in a similar manner to its predecessor.

The intertextual recognition between Badlands and True Romance goes some way in providing analogous soundtracks through the use of allosonic quotation. Despite their differences these soundtrack themes still operate on a similar level, and for those who do understand the reference they maintain the ability to shape each text through personal association. 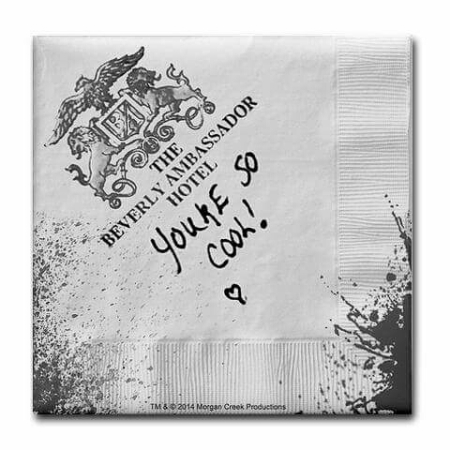 Marina Guy is a composer, pianist, writer and collaborator with a passion for music and the moving image. After graduating City University of London with Honours in 2014, she has been active composing original, contemporary pieces, travelling the world to inspire her work. With an education that covers both the technical and the creative, her interdisciplinary skills extend across a wide latitude. Fascinated by intertextuality, anempathy, and the effects of pre-existing music in film, her writing offers an insightful standpoint on the numerous ways music can function in film.

BAZERMAN, Charles, and Paul Prior (2003). What Writing Does and How It Does It: An Introduction to Analyzing Texts and Textual Practices. Routledge.

BAZERMAN, Charles. Intertextuality: How Texts Rely on Other Texts. University of California at Santa Barbara. <http://cdh.sc.edu/~hawkb/readings/bazerman_intertextuality.pdf&gt;. (2 May 2014).

CROFTS, Charlotte (2001). ‘From the “Hegemony of the Eye” to the “Hierarchy of Perception”: The

HARROD, Mary (2010). The aesthetics of pastiche in the work of Richard Linklater. Oxford University Press.

THOMSON, David (2010). ‘Have You Seen…?’: a Personal Introduction to 1,000 Films including masterpieces, oddities and guilty pleasures (with just a few disasters). Penguin.