“I have language on my side” is one of the recurring sentences, – to my ears, the loudest of the words – that Franko B repeats during his last performance Milk & Blood.

Assuming the posture and behaviour of a boxer, he hits a punching bag for multiple rounds, which unfold in a clockwise movement. During each break, an assistant gives him water and dries his forehead off of the sweat, checking whether all is fine. Franko is wearing a golden jumpsuit, the same as his shoes, boxing gloves and helmet are. Golden is also the punching bag facing him, full with milk, which gradually comes out at each kick or punch, fast invading the floor. A religious silence in the room contrasts the otherwise chaotic atmosphere of a usual boxing match, where the crowd screams in support of their champion. Where is the blood?

On the 29th of July 2015, Franko performed Milk & Blood for the first time to the public, in the Toynbee Studios, London. The most striking element, in this battle of endurance and survival, was the loneliness on the stage; nobody else there to compete against, only a man with his words. Incessantly echoing a series of epithets and verbs, a reminder to the world of discrimination, judgement and sufferance, as well as to the political and poetic, Franko B uses his body once again as an instrument and canvas to fight away visible ghosts of the everyday.

On Wednesday the 21st of October Franko will perform Milk & Blood at the Norwich Arts Centre, Norwich. Save your seat: https://norwichartscentre.co.uk/events/franko-b-milk-blood/ 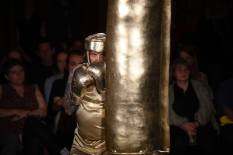 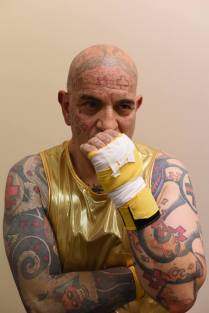 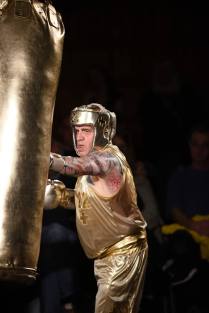 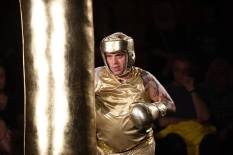