When referring to contemporary art, terms such as network and collaboration are extremely recurrent. However, whilst the former’s association to the art field has a rather recent record – mainly linked to the expansion of globalisation and the ever-growing influence of the Internet – the latter undoubtedly conceals older origins. Art History, in fact, lists numerous examples of artistic collaborations and collaborations between artists. Just to mention a few, amongst the most memorable, we can think of Man Ray and Marcel Duchamp, Luis Buñuel and Salvador Dalí or Robert Rauschenberg and Jasper Johns. Hence, the idea of a joint endeavour, as a process-based practice, i.e. a means to an end rather than an end in itself, is something of great relevance for the making of art. At the same time, the definition of collaboration is not absolute and fully tangible because it depends on a series of constraints and on the peculiarities of the involved parties. Meaning that: if the importance of this practice is rarely questioned, the ways to make it happen, on the contrary, are highly diverse. So, what do we truly mean when we say ‘collaboration’? If we move beyond the mere fabrication of objects and towards a more comprehensive approach, collaboration implies movement – both geographical and intellectual – openness and exchange. These prerogatives are at the foundation of BOCS Ltd; an international network project devised by Giuseppe Lana and Claudio Cocuzza – respectively artistic director and technical director of BOCS.

With the aim of generating a support structure for its participants, through a transnational collaboration, BOCS Ltd encompasses the involvement of three artist-run spaces from Catania, Berlin and London. Each of them has been invited to display works of two artists, whilst sharing perspectives on their organisation’s framework and approach to collaboration. The participating organisations are Schau Fenster, Berlin, Five Years, London, and BOCS, Catania. The project unfolds in various stages, physically taking place in the project room of Centro Culturale Polivalente (multi-cultural centre) in Catania – managed by Marcella Borzì within I-ART. These have been: an exhibition of works by artists Filippo Leonardi and Sebastiano Mortellaro (BOCS) from the 12th to the 26th of June 2015, a display of works by artists Ekaterina Mitichkina and Johannes Buss (Schau Fenster) from the 31st of July to the 8th of August 2015 and a show presenting works by artists Sally Morfill and Rochelle Fry (Five Years) from the 5th to the 15th of September 2015.

In their variety, the three exhibitions have epitomised the different trends of research and art practices of the artists from these organisations. Nevertheless, and despite a perhaps natural tendency of labelling and forming classifications over specific categories, the project does not intend to create standardisations of any kind or to put things in a box. Indeed, by favouring dialogue and fostering conversations on new work processes and approaches to contemporary art, BOCS Ltd establishes a mechanism of partnership between the organisations involved. It further encourages the tracing of a rich and diversified notion of collaboration, coming from the experience of artists who distinctly co-operate within three multi-layered contemporary art communities in Europe. A further step will, in fact, see the launch of a publication in Berlin, London and Catania. Taking the form of a catalogue, this will include interviews with the members of each organisation; who have been asked to discuss their collaborative practice and visions. 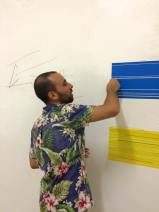 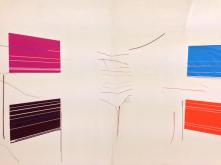 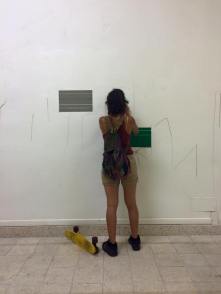 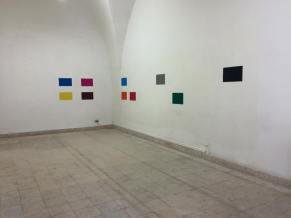 All images courtesy of BOCS