A story inspired by the Taylor Wessing Photography Prize exhibition, on now at the National Portrait Gallery till 9 Feb, 2014.

After an exhausting week of failed attempts to start writing, Anne sits down with her notebook when suddenly, the doorbell rings.

Dorina, the postman, stands there with the daily mail in her hands. Her Ukrainian features mark her as an eccentric individual with a cold face and a surprisingly outspoken nature.

Anne: “Hello my dear! How are you doing today?”

Anne frowns and shrugs to this question.

Anne: “Well, it could be better: no inspiration at all! But thanks for the mail sweetheart, have a fabulous day!” then closes the door.

Dorina turns and walks away while thinking ‘It’s not going to be a great day, with those three bozos over there’.

Coming out of the supermarket with boozes is Martyn, Sean and Jacob. The local trio are the 15 years old losers that like to hassle Dorina from time to time. They are staring at her from the other side of the street.

Both Martyn and Jacob start snickering and hooting.

Jacob: Yeah you know you want our cocks!

Dorina shakes her head. “I am not Polish! I’m Ukrainian you losers!” she screams while walking towards the next door. 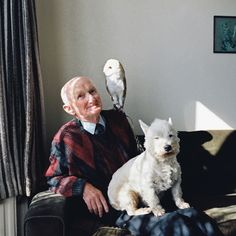 Sam sits quietly by the window waiting for his daily beloved visitor. On his shoulder, Charlie the owl is looking at him while the dog Martino is resting on his knees. No doorbell rings as Dorina knows her way into the house and quickly walks into the garden, passing by the old patio to enter the kitchen.

Dorina blushes at the comment handing Sam his mail.

Dorina: “Is it the right moment?”

“No, not yet my dear” Sam says, while grabbing the envelope and keeping his eyes on the roses in the garden. “Charlie is not in a good mood for pictures, today.”

“I see”, Dorina whispers. ‘It’s never the right moment’ she says to herself.

Sam: “How is the Zoology research coming along, by the way?”

Sam chuckles at her response while opening his envelope. A picture falls out. It is a group photo of a class. Dorina picks the picture from the floor and hands it to Sam.

Sam: “I don’t know. There is no letter with it”

Sam turns the photograph and finds a note: Tanja is the second girl on the left. Best, Michael.

The old man, looking back at the picture, begins to cry.

Dorina: “Oh, no, no! It is not important about Charlie! I can get another owl somewhere else, Mr Sam!”

Sam: “Excuse me? … Oh! My dear, I am so sorry…  it is not you. This… this is a picture of my granddaughter, I think… I’ve never seen her before”

Dorina: “Is she pretty?”

Sam: “She is indeed, have a look for yourself. She is the second on the left. She really looks like her”.

Dorina takes the picture and gives it a quick look: “Who’s her?” 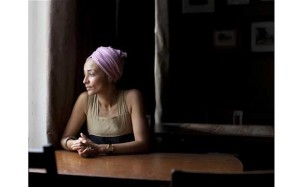 Dorina, feeling the tension, quickly hands the photo back to Sam.

Sam: “Sure I’m always alone. Thank you my dear.”

Dorina picks her bag and walks away, not before giving a last gloomy look at Charlie.

Josephine opens the door with the announcement of the bell, finding Dorina, her hands full of letters.

Josephine: “Come in my dear! Come in come in!

Josephine pulls Dorina inside calling out, “Linda, get the kettle on, Dorina is here!”

Josephine: “God she is so deaf…. I SAID GET THE KETTLE ON DORINA IS HERE!

Linda enters into the room and screams: “Oh, Dorina! How nice to see you my dear! Shall I get the kettle on?”

Dorina: “No… That’s all right I really should get…”

Linda: “Non sense! Sit down we need to gossip!”

Dorina gets a seat while the two sisters lay in their bed situated in the lounge. The only picture frame in the room portrays two beautiful red heads staring enticingly back at her.

Josephine: “Aw! This is some lives ago my dear! They are Pip and Pop: two burlesque performers”

Linda: “You can tell her, she is trustworthy… Actually, they are us!”

Josephine: “What do you mean ‘what happened’, we are still beautiful, aren’t we?”

Dorina: “You… you ARE beautiful!”

Linda: “We are, indeed” laughing.

Josephine: “I should get going to work soon, we should pour the tea”

Josephine: “I wonder if he received the letter that Michael sent her. Ula told me this yesterday at work during my shift.”

Josephine: “Ula is Sam’s doctor and the new partner of Michael, who is Sam’s son in law. He was married to his daughter but they got divorce when he decided to plug his ears and get tattoos.” 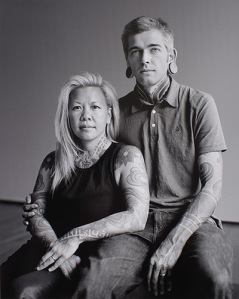 Josephine: “Exactly, what a dumb reason to get a divorce”

Dorina nods at them and gets up from her chair trying to escape.

Linda: “Where are you going my dear? You should drink your tea first!”

Dorina: “But I should really get going…”

Linda: “Weren’t you asking me about Pip and Pop?”

Josephine, almost interrupting her: “Aw, She doesn’t care. She’s got a bright future in front of her”

Dorina, astonished: “He likes you?”

Josephine: “SHE likes him”

Josephine: “Stop it Linda! She needs to go…”

Linda: “No it’s all right Josephine, she is a trust worthy girl. Dorina… I was born a man!”

Dorina is walking down the street, disappointed that the day did not grant her a picture of Charlie. Coming out of her thoughts she spots Anne gardening.

Anne frowns and shrugs to this question, then looks at Dorina and says: “Bizarre you say?”